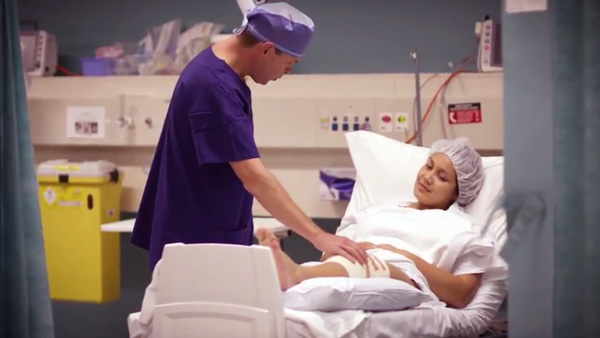 The specialty is long-established. In ancient Greece, the works of Hippocrates detail the treatment for dislocations of the shoulders, knees, and hips. Before that, ancient Egyptians carried on the practices of splinting.

The term orthopaedics was coined in the 1700s after the title of a book, L'Orthopedie, published in 1741 by Nicholas Andry, a professor of medicine at the University of Paris. Orthopaedia combines two Greek words: orthos, meaning straight and free from deformity and paidios meaning child. The book featured an engraving of a crooked tree splinted with a post and a rope that later became a symbol of the field.

A vastly increased knowledge of muscular functions and of the growth and development of bone was subsequently gained in the 19th century.

As with other procedural specialties, many developments in orthopaedic surgery resulted during wars, following the Hippocratic dictum that 'War is the best school for surgeons'. Traction and splinting developed during First World War. Since the Second World War, treatments have evolved to include joint replacements, osteoarthritis procedures and arthroscopy.

Today, more than 100,000 Australians each year are treated by qualified orthopaedic surgeons. Mobility is an important part of our overall health and happiness and as our population ages, the demand for orthopaedic procedures will continue to grow.