Whereas the sector once comprised member-owned not-for-profit mutuals, it is now dominated by large health corporations.

Medibank Private, established by the Whitlam government in 1975 as a publicly owned health fund, is now a publicly listed health corporation.

NIB (nib), originally Newcastle Industrial Benefits (established in 1952 to provide health insurance for BHP steel workers), has been a publicly listed company since 2007.

The above 3 corporations now insure more than 60% of the Australian private health insurance market.

The dominance of these major corporations is now impacting on Australian healthcare.

The health fund lobby group Private Healthcare Australia (PHA) has published strategic plans to reduce the cost of healthcare in Australia by $100 billion over 10 years.

PHA identifies chronic illness as a major cost driver in Australian healthcare with proposals to keep people out of hospital.  NIB supports the need to better manage ‘frequent flyers’ and reduce unnecessary volume.

Such measures will involve the ability to influence decisions about medical treatment that have traditionally been off-limits to healthcare financing organisations.  The push to leverage doctors into health fund controlled networks is well advanced, as is the move to ensure that independent private hospitals have no ability to operate effectively outside of the health fund corporate network.

Australian healthcare has traditionally valued direct patient access and choice of GP, a clinical need based referral system to medical specialists and the ability to use both public and private hospitals.

Allowing health fund control of Australian healthcare, will undermine these foundational principles which have “achieved a successful blend of best practice approaches to provision of cost effective, equitable and high-quality healthcare for its citizens” (George Institute for Global Health)

The aim of the Council of Procedural Specialists (COPS) is to ensure the ongoing provision of the highest standards of procedural healthcare for all Australians.  The Council comprises independent associations whose members have been trained in a procedural specialty.

Procedural Specialists Work as Part of a Broader Profession
The Australian medical profession is delivering world class standards of general, specialist and procedural medical treatment.  In 2015-16, there were 10.6 million hospitalisations in Australia, of which 1 in 4 involved a surgical procedure.[i] 60% were same-day hospitalisations.

There are Challenges Ahead and Much More Work to Do

Growth in Australia’s Healthcare Expenditure is Below 10 Year Average

The Search for Lower Healthcare Costs has a Long History

There is a Difference Between Lowering and Shifting Health Costs

Private Clinics are Being Established in Public Hospitals

The Medical Profession is Highly Regulated

There are now over 100,000 Doctors in Australia

The Cost of Medical Services is No Secret

87% of Medical Services Do Not Involve a Co-payment

NB: bolding and emphasis have been added EE&OE 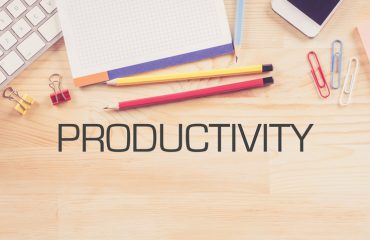 Productivity Commission Report on Data Availability and Use